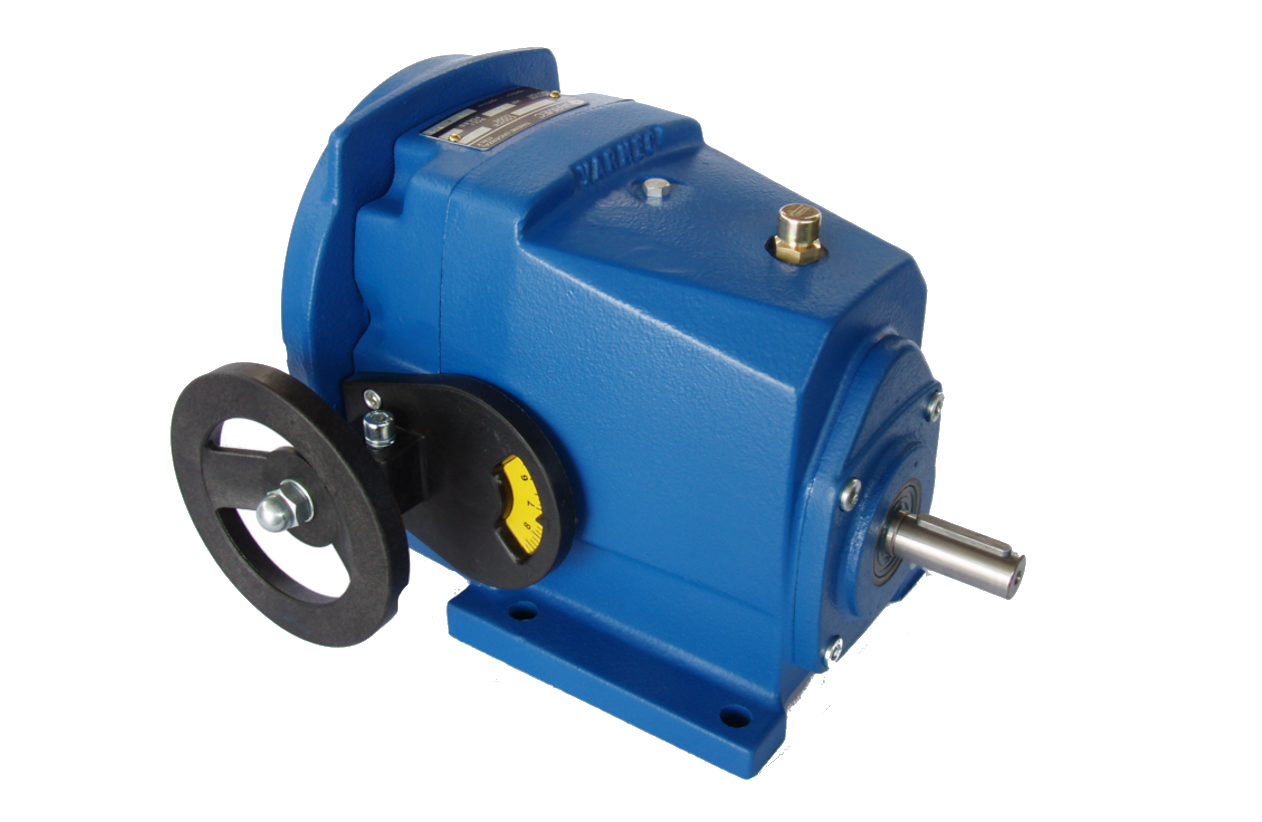 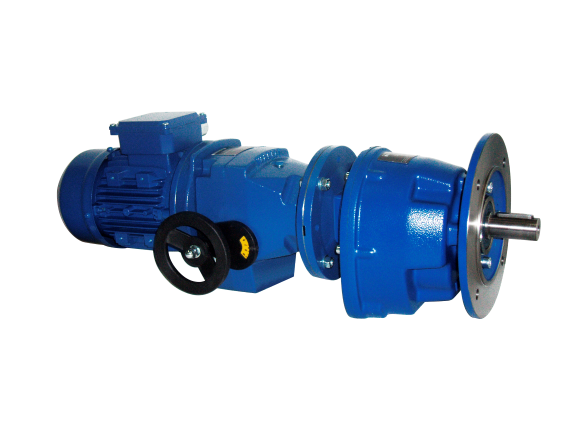 VARMEC Variators are available in 5 size (VAR 2-5-10-20-30) with speed change ratio of 5:1. Each size is available as either variator only or as a combined variator and gear reducer of 1 or 2 reduction stages in a single monolithic casing.
Variators can be supplied complete with IEC motors (B5 type). Output speed is changed progressively by operation of the control handwheel which is provided with a direct speed position readout. When required, the control handwhell ca be replaced with an electric servomotor with limit switch device. Also, each variator can be supplied with a proximity sensor to provide a display of output speed on a digital guage. Additionally, a digital or analogue converter can be supplied to control the output speed from an external signal.

The VARMEC variable speed transmission system is based on the transfer of power, by friction, beetween the friction cone (1) mounted on the motor shaft and the friction ring (2) mountend on the transmission shaft (5). Pressure beetween the friction cone and the friction ring is maintained in proportion to the output load torque by means of the dog-clutch cam faces (4). A spring (3) inside the concentric transmission shaft provides a low contact pressure beetween the cone and the ring during no-load of idling periods. This allows speed setting changes to be made whilst stationary, this being a major advantage over the types of variable speed drives, speed variation is achieved by movement of the motor, on guides, by a rack (7) and pinion (6) attached to the control handwheel, or alternatively by an electric speed control system.